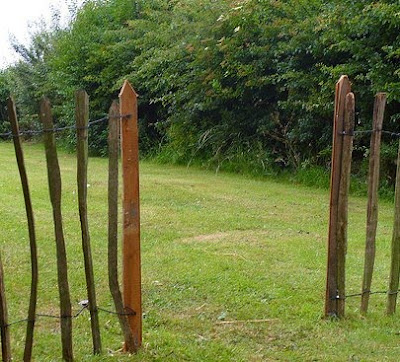 Our neighbour left yesterday, returning back to Essex after being here for a few years.
I would like to think we have been good neighbours. On many an occasion she has asked Jon to fix various things for her, which he did so gladly. Her sit on mower, strimmer, electrical stuff. When she had problems with her water supply we told her to use ours, even running a hosepipe through the paddock and into her drive. I have shopped for her, we phoned her regularly during the bad weather to see she was ok. A keen crafter I often placed orders for her via the internet. I would like to think she knew she knew where we were should she have ever needed anything.
A week or so ago we heard she was returning back down South to be with her family. A few times I was in the paddock tending to the chickens and shouted over to her, the usual greetings or weather observations - you know the normal neighbourly exchanges - but she never said anything about moving.
On Monday we were both walking to the mobile library so I asked her if she was all sorted re moving. "Well there is so much to do ON MY OWN" she emphasised! I asked her when she was planning to move - "Wednesday or Thursday if I get everything done - without ANY HELP!" "It is so difficult when I haven't had any help from anybody!" Fortunately at this point we were at the library van. She banged her books on the counter and announced she could be deleted from the records as she wouldn't be using the library anymore, because she was moving back down south. I made my choice of library books as she left the van, no further words were spoken.
Yesterday, 6.30am the removal truck arrived and after packing and shifting various boxes etc. it left the village, followed by neighbour in car.
The cottage is rented and we know our new neighbours - a young couple with a young baby. Robbie's family have lived in the village for 3 generations - all farmers. His parents are our neighbouring dairy farmers, his brother works on the farm too. Jon and Robbie get along together - it should be fun.
We get on with all our neighbours knowing them all by name and always exchanging greetings when we pass in the village or at various events - but with departing neighbour? I just don't know.
Posted by mrsnesbitt at 11:33

Labels: Day to day life in the Nesbitt household, Village life
Email ThisBlogThis!Share to TwitterShare to FacebookShare to Pinterest