Where has time gone? The enormity of the task of catching up leaves me quite speechless so here's a whistlestop tour/account ramble!

April - one of our most successful weekends so far—the book folding workshop and lunch was a great success, those of us who attended found it relaxing and very therapeutic. We will certainly be planning another one later in the year. Ally Miles from Margrove ran the session—seeing us all make hedgehogs from old books—next time we will be making a fairy house. The following day, Saturday we held a coffee morning.

The May Coffee Morning was well attended and together with the proceeds from the workshop, raffle and games saw us make an astounding profit of £437.17

Following on from last year's Scarecrow Competition we decided to run another this year - but thought other villages may want to have a go...so as a result of regular scarecrow workshops held in our village hall a new inter-village initiative was launched! 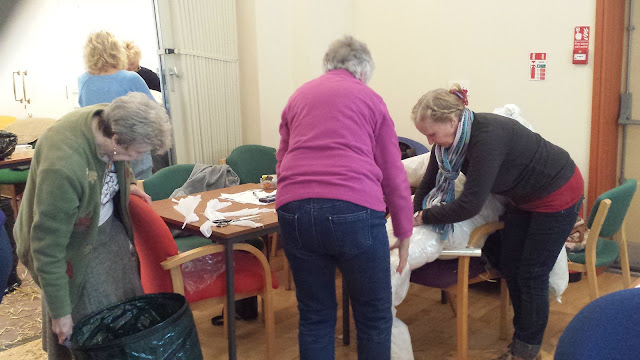 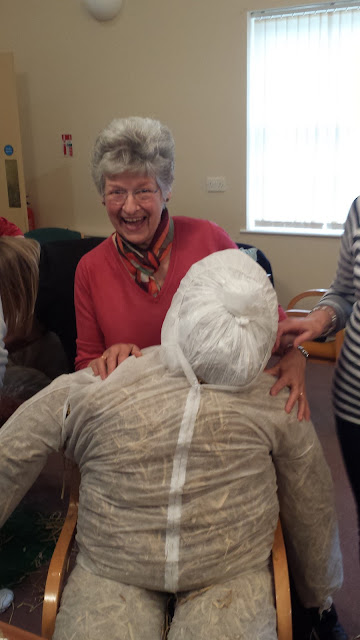 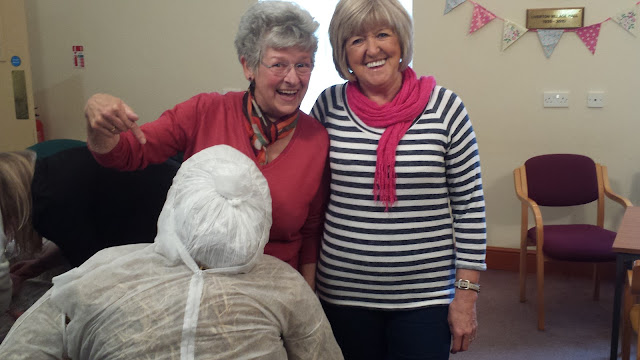 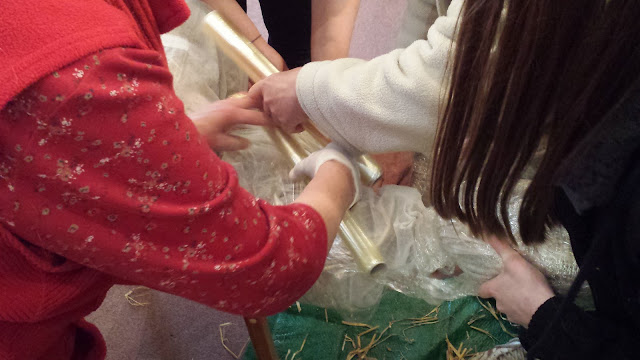 We celebrated the Queen's Birthday in our village hall. 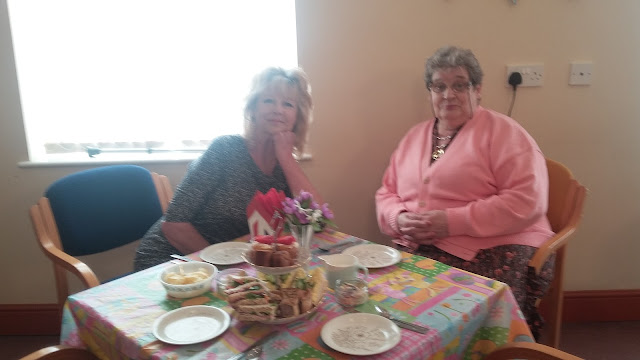 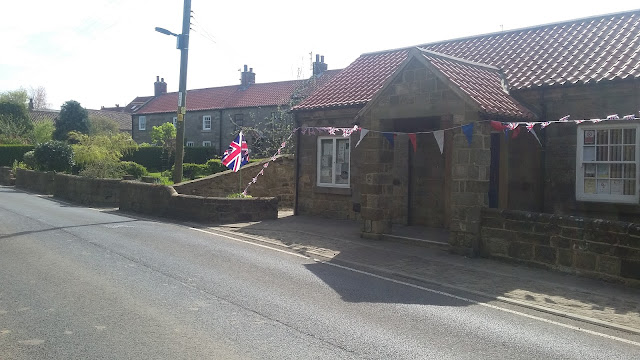 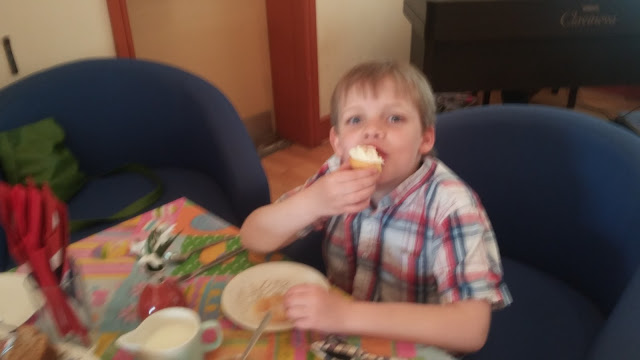 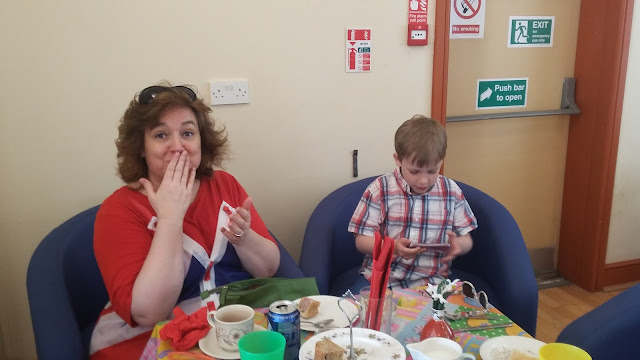 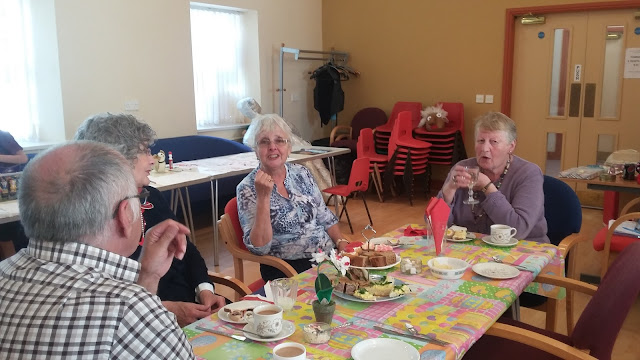 As a result of our "Clean for the Queen"  it was noted that we don't have a bin in the village. With the new legislation and council initiatives regarding both litter and dog waste it seemed  an ideal time to check out the possibilties of Liverton having a bin. The idea was put  forward at a Neighbourhood Action Partnership meeting and it has been confirmed that we are indeed getting a "Barnsley Bin" - similar to the photograph below, from Redcar and Cleveland Borough Council. It will be situated at the road end of Handale and will be emptied regularly. A full inspection/survey will be carried out by the council as will the siting of the said bin.
On a sadder note, in late May as I pulled up outside our house I saw our cat had been ran over.
By the extent and nature of her injuries we felt it was a result of a vehicle travelling at an inappropriate speed - quite possibly speeding. At our scarecrow workshop I mentioned this to Councillor Mary Lanigan who is going to organise some flashing 30 mph signs for our village.
A positive outcome of little Puss's death but hopefully it will mean cars do slow down and respect our village life…
We can only hope!
June saw our annual pilgrimage to the Isle of Man TT Races - as ever the weather was awesome, the company exceptional and the hotel superb - we are all booked up for next year. 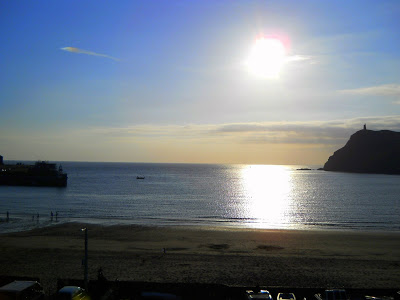 June was a special event - my 60th! Lunch out with my pals and later a steak with Jon at our favourite restaurant.


A BASH was in order! Ofcourse I did my own invitations :-

On Saturday 2nd July I am havinga bit of a bash to
celebrate my 60th birthday.
The fun will commence at 10am in our village hall  with a coffee morning
/mid day lunch and lots of my amazing baking!
At 2pm we will be having a party on our paddock,
where the very wonderful Chris Middleton will be twinkling the ivories,
whilst my lovely guests will enjoy Afternoon tea—
featuring even more of my
wonderful baking.
At some point we will stagger over
to the village hall for a bit of a knees up involving music, alcohol and fun.

I am blessed with good family, friends and neighbours and request no presents,
instead I will have a donations box
for a charity close to our family’s hearts.

I had an amazing day and raised just under £1,000 for Leuka charity - for research and development for the treatment of Leukemia.

July continued to be busy with village life and sadly we lost one of our hens, Mabel.
It was all so quick - one minute she was pottering round the garden, the next thing we knew she had taken ill, declining over the weekend. A trip to the vet confirmed she had suffered a stroke which had left her paralysed.
Needless to say we ended her suffering.

August saw the launch of the East Cleveland Scarecrow Festival - here in our village.

Bev is 9 and a broody girl so we have just placed some fertile eggs under her
- the adventure has begun as we await the results.
Posted by mrsnesbitt at 17:10 5 comments: