For mum, with love. 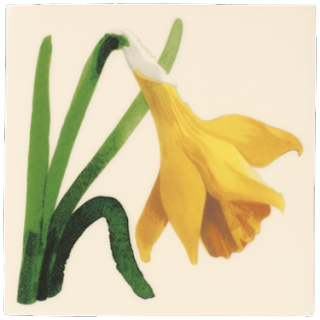 Each Mother's Day I wonder how I am going to deal with it. I try to be pro-active and busy myself with organising something family based as Jon's mum;s birthday normally falls round about the same time This year however, with Easter being when it is, Mavis's birthday was 2 weeks ago and we had the family here for Sunday lunch. Today we are taking my MIL out for Sunday lunch.
When my mum was alive, we often went for Sunday dinner, she loved cooking for us both especially as we had full-time demanding jobs.
On one particular significant Sunday, Jon and I had gone to mum's for Sunday lunch. As always after we had washed up I would take mum to the local supermarket for her weekly shop.
On returning to the car I helped mum into the passenger seat with my usual joke..
"Do you want a hand up love" I would say as I patted her bum when she was getting into the car.
She always laughed, and this day was no different.
But as she turned to look at me, laughing I was shocked to look and see how old and frail she seemed.
As I walked round to the driver's seat I had to fight back the tears and put on a brave face.
On our way home I shared what had happened with Jon. That night I had the most vivid, graphic dream about mum's funeral. I awoke distressed and upset. The following day, Monday I went round to mums. Had a cup of tea and a chat.
The following day, Tuesday was a teacher training day and after school I popped in to see mum. She told me she had not been feling well, chest pains. I told her to make an appointment with the doctor.
Later that night she phoned to say she had made an appointment with the doctor,for the following day, Wednesday. Jon was on early shift so he said he would take her.
We were laughing with mum, as she said people might think Jon was her toyboy!
At about 3am I awoke with a start.
Jon awoke too.
I told him I had a void in my soul....as simple and as graphic as that!
He told me I was worrying about mum and he would ask mum to come and live with us.
I said mum would be very touched by the thought, but she was independent and would prefer to stay at home.
What I said went something like this...
"We will have to accept it Jon that one day I will be teaching away at school and there will be a message from the office to say there is a phone call for me. It will be Phyllis, mum's neighbour saying the curtains are closed.
I will go round and mum will have died."
I didn't sleep much after that.
The next day I went to school and Viv, the school caretaker asked how mum was.
I told her what I had told Jon , practically word for word.
And so the day started as normal.
Registration, assembly, teaching, I forget what now.
At breaktime I was just sending the class out when the school secretary came into my classroom to say there was a phone call for me.
I didn't give it a second thought, but as I was going into the office I asked Jan who it was on the phone,
"Phyllis" she replied.
My hand turned into lead and I could barely open the door, let alone pick up the receiver.
"Denise, your mum's curtains are still closed and it is 10.30."
I knew.
The headteacher, Christine said she would drive me to mum's, it was only a few miles from school.
When we arrived I let myself in and there was mum, she had died in her sleep on 7th September, on what would have been Dad's birthday.
A week later, at mum's funeral I chose this poem to be shared.

Question not, but live and labour
Till yon goal be won,
Helping every feeble neighbour,
Seeking help from none.
Life is mostly froth and bubble,
Two things stand like stone.
Kindness in another's trouble,
Courage in your own.

I am surrounded by so many things which were mums and in fact are part of our everyday routines and practices.
As a child, growing up there was one thing I always wanted, to make mum proud of me.
Life hadn't been good for mum and I, but mum always put me first.
The photograph I have chosen shows the love and pride in mum's face.
It was taken at her surprise birthday party at home, November 2nd 1986.
I am handing over the cake. As per usual, in our family, somebody missed my head off!
But that is unimportant, it is mum's face which says it all!
Mum always told me, that in the event of her death there would be a letter for me.
The day she died, as I sat with her waiting for the doctor I went to the place she had told me about and sure enough, there was the letter.
It stated how much mum loved me, was so happy for Jon and I, and we were to remember her with smiles, not tears. 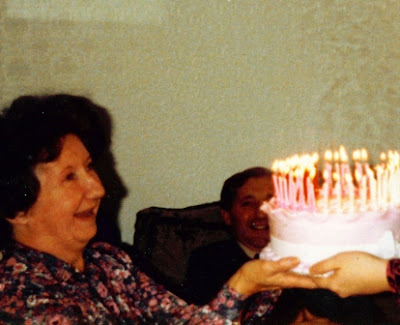 Labels: mum
Email ThisBlogThis!Share to TwitterShare to FacebookShare to Pinterest