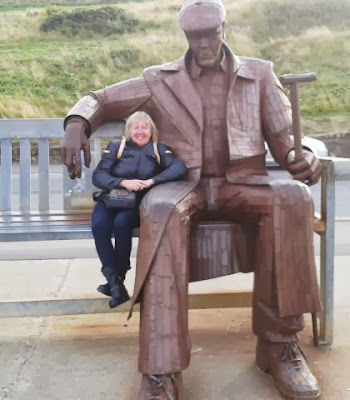 Yesterday, Thursday the weather was quite glorious so we made the most of it and went for a tootle on the California. We tooled over to Thirsk, returning home via Sutton Bank, Helmesley, Scarborough and Whitby.
We stopped off in Scarborough and as the promenade was quiet Jon snapped me with this new sculpture.


'Freddie Gilroy and the Belsen Stragglers' is a giant steel structure made by Ray Lonsdale, an artist, fabricator and sculptor and is now on permanent display, thanks to the generosity of a local Scarborough resident.

The sculpture is based on a retired miner Ray became friends with who turned out to also be one of the first soldiers to relieve the Bergen-Belsen concentration camp at the end of World War II.

This piece of art is not just about Freddie Gilroy but represents all the normal people that were pulled out of an ordinary life and forced into a very extraordinary and dangerous one during the World Wars.

"Scarborough is a unique town and I am pleased that my 'Freddie Gilroy and the Belsen Stragglers' will be on show there for residents and visitors alike to look at and enjoy. This piece is almost a war memorial as it depicts the lives of all those who suffered during the World Wars".

"I hope that people get enjoyment from my sculptures but also reflect on the sensitivity and emotion which I have tried to convey through my work."

The sculpture is located near to the Oasis Cafe on Scarborough's North Bay.

Ray also has 'High Tide in Short Wellies' sculpture on the beach front near the Coble Landing in Filey and an exhibition in the Arts Bank at Saltburn-by the-Sea .
As we headed over to Whitby from Scarborough there was a definite change in the weather and rather than turn right for Whitby we turned right for home. It was a race against the approaching rain but we arrived home just before the rain arrived.
I think Summer is on the way out but what a wonderful few months we have had. 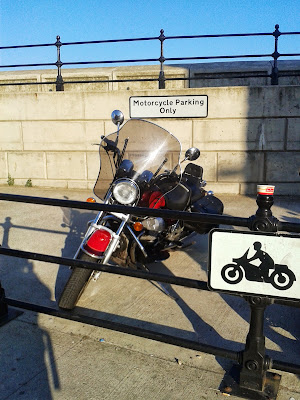 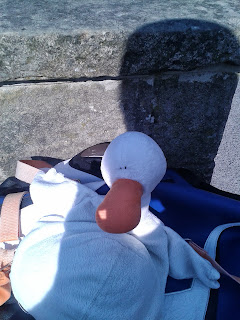 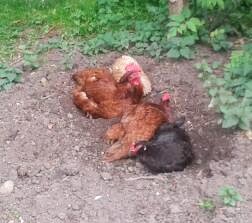 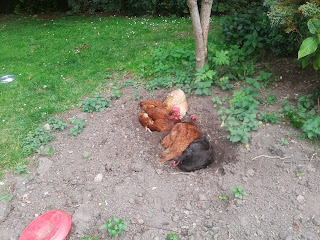 Labels: A day in the life of Mrs Nesbitt, Bike Adventures, Chickens
Email ThisBlogThis!Share to TwitterShare to FacebookShare to Pinterest