Another episode with a pyromaniac! 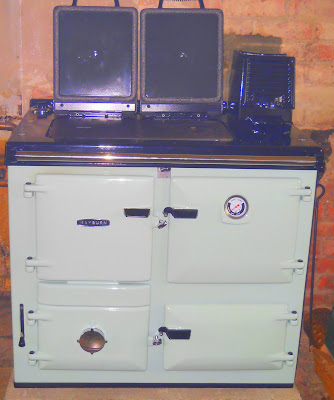 The fitter would come on Tuesday to fit the Rayburn into the chimney. He came, he fitted, he left. The cement had to "go off." ie dry out.
Jon's eyes were glowing with excitement and anticipation when he said "Shall we light it?"
Now as I have mentioned before, Jon is an avid instruction manual reader and  has been reading up on the scientific operation of a Rayburn for weeks now. The Rayburn was not connected to the central heating system, it was so to speak a stand alone log burner.
Jon brought in some kindle, paper and logs and lo the Rayburn was lit! 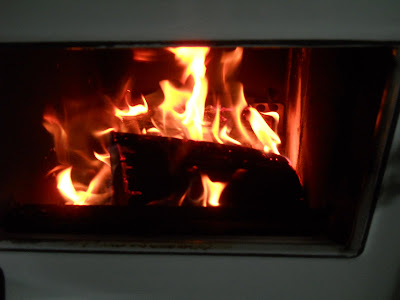 In no time at all the fire was glowing and the room warmed up. 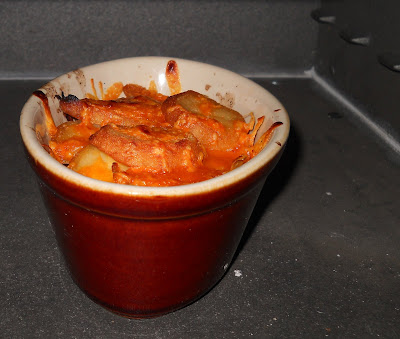 Making use of the warm oven I popped a pie inside, would be defrosted and nicely heated through for Jon's dinner. 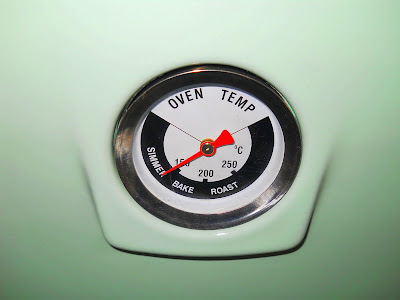 The dial was moving in the right direction.
Jon went into the bath and left me to enjoy the lovely warm kitchen. I thought it was a tad smoky but didn't worry too much - and put a couple more logs on.
After a short while Jon came downstairs and I said I would go and have a bath too.
Now Jon is a very calm, unassuming  chap, so when he said, "Em don't go in the bath just yet, we may have a fire!" I did indeed smile - thinking he was joking! He wasn't!
There was a fire in the Rayburn.
We threw a water soaked old towel onto the burning logs and then, using BBQ tools, Jon lifted the burning logs out and threw them into a bucket outside.
After a while the flames inside settled and the fire was under control.
Jon hadn't read the part of the instructions which stated "Never light the Rayburn without filling the water tank with water!"
The thermostat control ie wires etc had melted with the heat of the flames!
The new thermostat arrived today!
Posted by mrsnesbitt at 16:53

Labels: Day to day life in the Nesbitt household, Jon, Rayburn
Email ThisBlogThis!Share to TwitterShare to FacebookShare to Pinterest