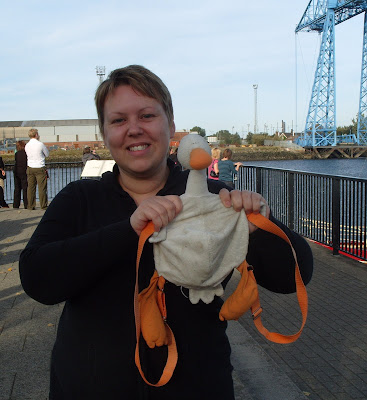 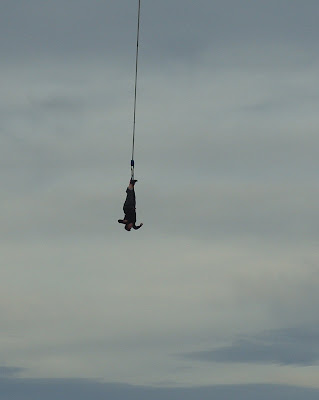 This is our friend Lisa doing a bungy jump last year from Teesporter Bridge in Middlesbrough, to raise funds for Cancer Treatment!


Lisa will travel to Downing Street on Monday in a bid to have the cervical cancer screening age lowered. She will join campaigners from all over the UK to present a petition at the heart of Government.

Currently, women can only go for smear tests from the age of 25, after the Government raised the screening call-up age from 20.

But administration officer Lisa says this is too late. “In Scotland, the test can take place from the age of 20, and that should be an option for girls in England,” she said.

Lisa, who was diagnosed herself with cervical cancer in 2007 and is now in remission, began campaigning for early access to screening after becoming friends with another sufferer on the social networking site Facebook.

Sadly, friend and young mum Claire Walker-Everett, from Sunderland, lost her fight for life in September 2008 when she was just 23.

Now Lisa has teamed up with Laura Atkinson from Gateshead, and the pair will travel to London together on Monday.

“She is 24 and had to fight to get a test, which showed abnormal cells,” said Lisa. “How many young women will have to die or become ill?”

Lisa, who recently renewed her wedding vows with husband Andrew - and was caught up in a terror scare in New York - dedicates much of her time to raising cash and awareness for the disease.

“I want as many people from Teesside as possible to sign this petition so the Government sits up and takes notice,” she said.

“We won’t stop campaigning until they have made this simple test available for younger women.”

Labels: Friends
Email ThisBlogThis!Share to TwitterShare to FacebookShare to Pinterest