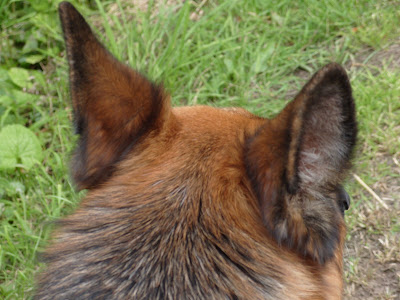 Wilma has a dislocated one hip, apparantly the other one is arthritic, well for a dog with arthritis (which we did not know) I think she does remarkably well. One of her ankles? is broken too.

These injuries although serious are not as bad as things could have been or as I was imagining. Wilma suffered an almighty gash to her head exposing part of her skull, and when her nose was bleeding we were fearing internal bleeding or even brain injury.

He did pose the question......but Jon pointed out quite rightly we owe it to Wilma to have the hip put back and for the necessary surgery to be carried out so we can have her home where she will be looked after 24/7. Wilma does not like to be any other place and will be very very nervous and worried, so the sooner she is home the better.